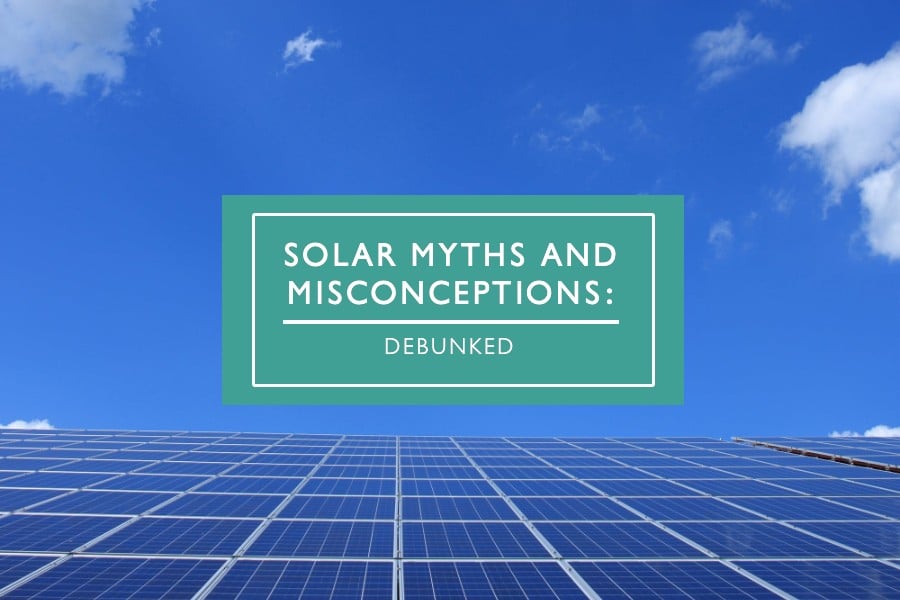 Solar energy is growing in popularity among homeowners. This is not surprising given that the Pew Research Center has found that 77% of Americans strongly support the development of alternative energy sources. Additionally, while only 6% of homeowners have installed solar panels, 46% have given serious consideration to adding solar panels during the previous year. With this, it appears that solar-paneled homes are nearing the edge of a potential boom.

According to Stanford University, there are 1.47 million solar panels in use across the United States, enough to offset 70 million metric tons of carbon annually and power 12.3 million American homes. However, many homeowners still have some reservations about the use of solar energy. Many of these reservations stem from myths and misconceptions regarding solar power. Let’s take a look at some of these myths and misconceptions.

This is perhaps the most common concern heard from homeowners and one of the reasons why many otherwise interested individuals decide not to pursue installing solar panels on their homes. However, it is simply not true. There are a number of things to look at when considering an investment in solar power.

The first thing to consider is short-term affordability versus long-term affordability. Solar energy is an excellent long-term value proposition. In fact, the amount that the typical homeowner will save over the life of their solar panels is between two and four times the cost of installing and maintaining those panels. This means that solar power is very lucrative over time. 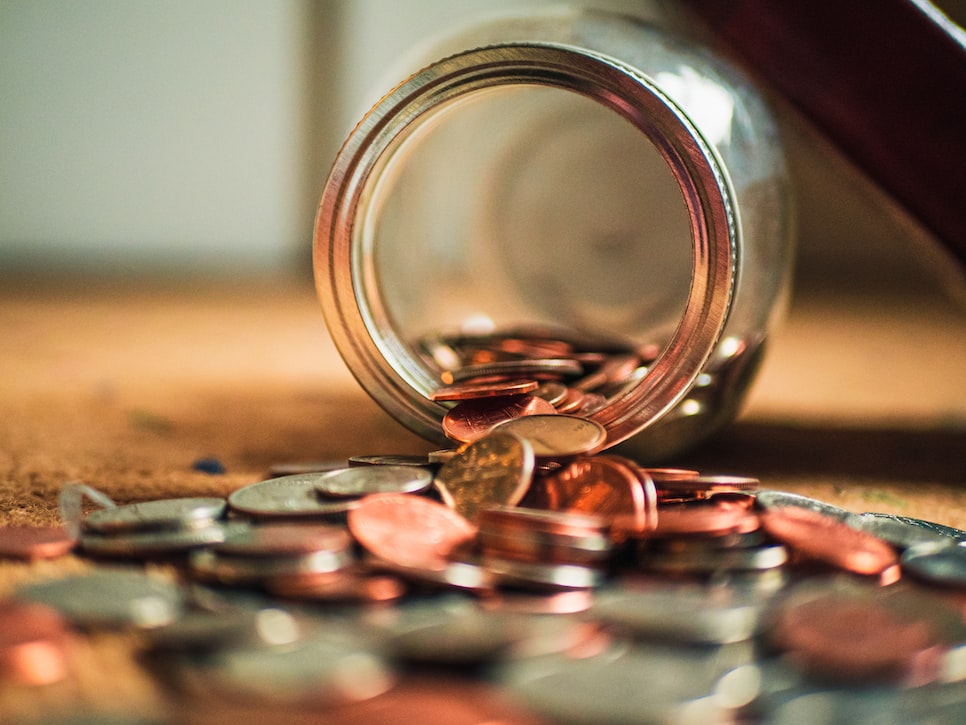 However, what about the upfront cost? There are a number of factors at play here. However, a savvy consumer will find that many companies offer different financing options. In fact, in 42 of the 50 largest cities in the United States, financing a solar-powered system for a homeowner will be less expensive than purchasing electricity from local utilities. This means that on a financing plan, there is potential to save money right away.

Another important factor to consider is the trend in solar energy prices which are dropping fast. For example, 200-kilowatt photovoltaic cell systems fell from $5.36 per watt in 2010 to $1.85 per watt in 2017, a decrease of 65%. This has been driven by innovations that have made solar energy storage more efficient and the production of solar panels more inexpensive. This trend should continue as the technology progresses.

This is another myth that has been around for a long time. It is actually a bit confusing where this originated from as this has never been the case. Solar panels, when installed correctly by a professional, will not damage roofs. In fact, solar panels actually help the portion of the roof that they cover by shielding the roof from the environment.

If there is a reason that the roof below solar panels needs to be accessed, it is rather easy to remove the panels. Solar panels are not attached directly to the roof but rather mounted on top of it. Additionally, equipment is utilized to optimize the setup. The sealant fills in any gaps between the rooftop and solar panels while the mounts are protected using coverings. While it is important to ensure that a roof is damage-free before installing solar panels, the panels themselves will not damage a roof.

This misconception tends to frequently be stated hand-in-hand with the previous one. It seems that the reason that many people feel that solar panels will decrease the value of their home is their perception of solar panels as large, clunky, unattractive installations. However, solar panels have changed significantly over the years. The technology is still changing quite rapidly.

However, to truly understand the effect of solar power on home value, one only needs to look towards the actual data. Installing solar power typically increases the value of a home in a range between $5,000 and $29,000 depending upon the market. Realtors also note that homes with solar power tend to sell more quickly than those with only traditional utilities.

This is a misconception that seems to really affect people who live in areas without lots of sunlight, particularly those that have long winters. The rationale for this myth makes sense. Solar energy comes from the sun; therefore, it seems to make sense that if the sun cannot be seen or if it isn’t warm, the panels won’t generate energy. 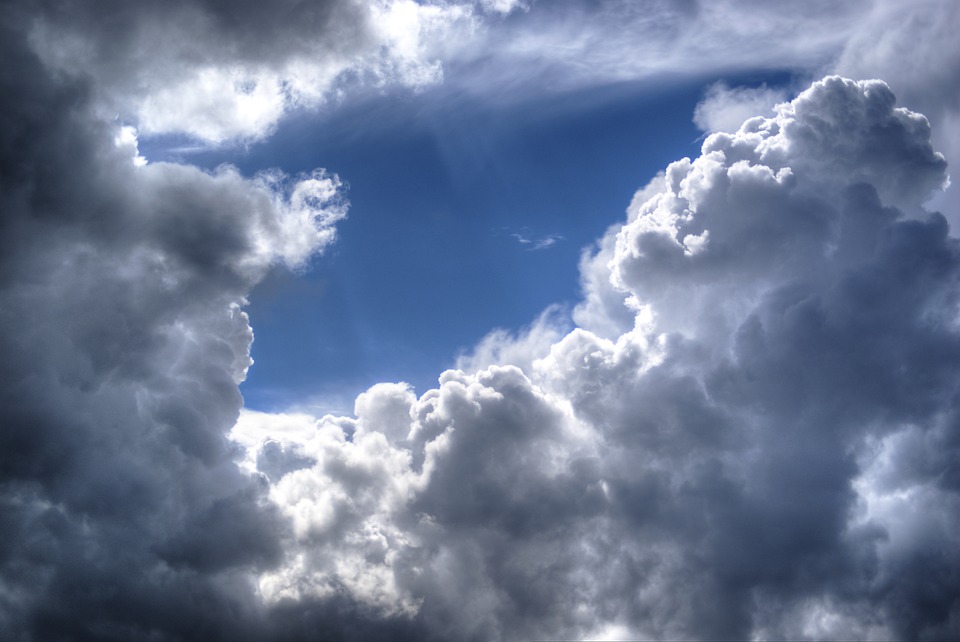 However, solar panels do not require direct sunlight. Ambient and scattered sunlight are both acceptable for generating power. This means that solar panels will work even on days when it is cloudy. Solar panels actually function more efficiently in cooler temperatures; however, fewer sunlight hours will mean less energy production. However, homes with solar power will still generate enough power in the winter to save money.

The main issue where solar panels will not produce power is when they are covered in snow. However, the tilt of solar panels means that snow will typically slide off shortly after the sunlight comes out again, allowing the panels to generate power once again.

Any sort of technology seems as if it will require regular maintenance; however, one of the benefits of solar power is that the underlying system is relatively simple in terms of its functioning and does not require much regular maintenance. Panels need to be cleaned with water roughly every six months to remove dust and dirt and ensure efficiency. This process is similar to washing a window.

Other than that, there isn’t any maintenance required. Modern panels are very durable and can withstand weather, even large hail. If you have a battery-based solar system, it will need a bit of cleaning; however, systems without batteries are more common for residential homes and cheaper as well.

Obviously, if you invest in a solar system, you don’t want to have to replace it often. Many people have heard the misconception that solar systems only last for about 25 years. This seems to stem from the fact that they are often warrantied for that time.

However, the reality is that solar systems will work for much longer than that. The 25-year mark is the time that solar systems are expected to operate at maximum efficiency. As they age, they will still function, just with slightly less efficiency. You will need to replace the solar inverter (which carries current to the commercial grid) every 15 years, which will cost approximately $1,000.

Despite the increased interest in solar power, there are still many myths and misconceptions out there. However, the reality is that solar power is affordable, durable, relatively low maintenance, functions well in most environments, and will add value to your home. Investing in solar energy can be a lucrative decision for many homeowners.