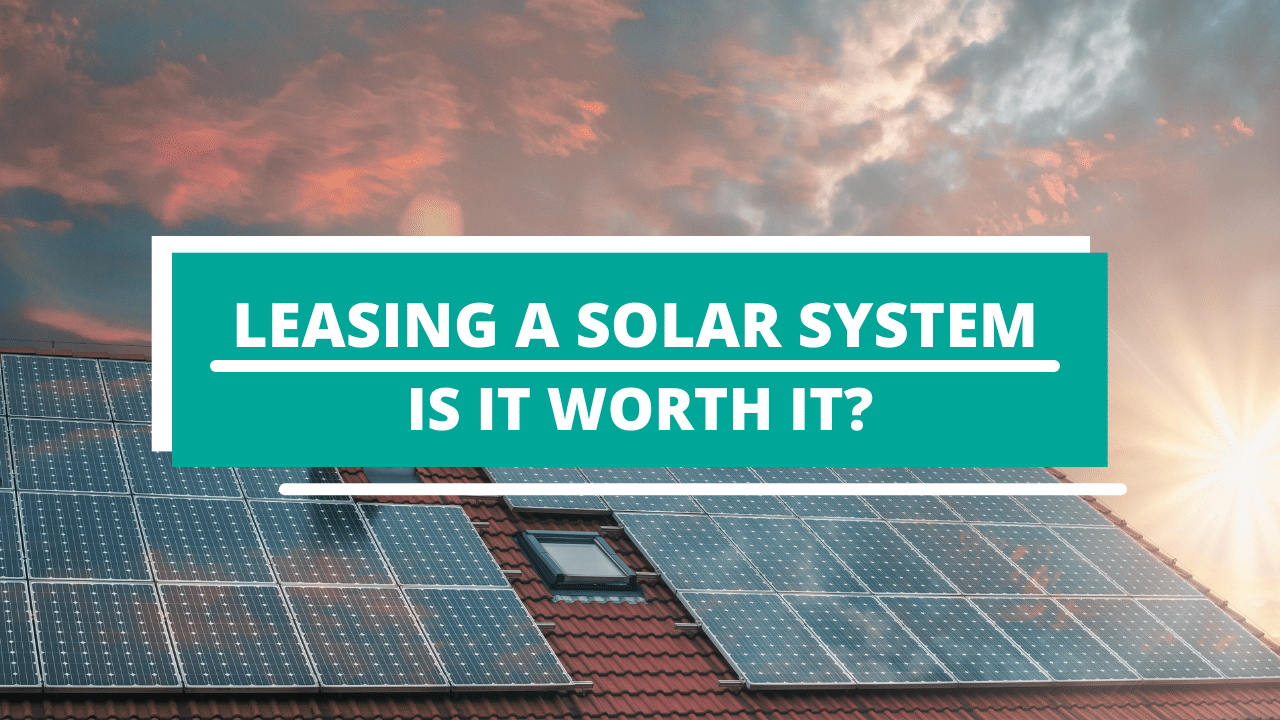 If you’re an American homeowner, you’ve probably considered the benefits of installing a solar system at your property. Solar energy is sustainable, environmentally friendly, and cheaper than traditional electricity in the long term. But what happens if you can’t afford to install a solar system at your home?

One option available to you is to take out a solar lease.

This article tells you everything you need to know about solar leases, introduces you to the pros and cons of such arrangements, and offers some alternatives for your consideration. Let’s begin by looking at what a solar lease actually is.

What is a Solar Lease?

Leasing solar panels is a way of receiving solar energy at your home without having to pay the upfront costs associated with its installation. In many respects, solar leasing works just like car leasing. You pay a monthly fee for the panels to be installed at your home, but you don’t actually own them outright.

Financing options tend to vary from company to company. Still, they are almost always characterized by zero (or very small) up-front costs and fairly substantial monthly repayments over a long period of time. 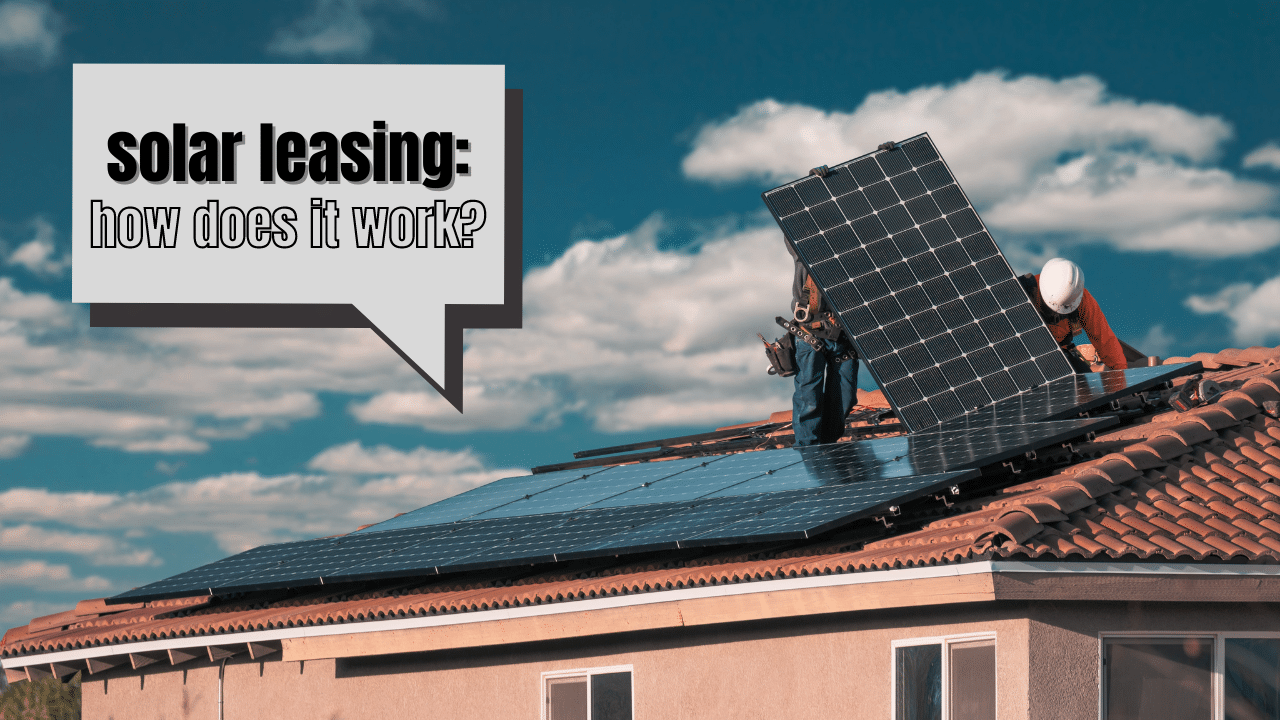 How does Solar Panel Leasing work?

Once you agree to a solar lease, a company will install a solar energy system at your home. The developer will retain full ownership over the system, is responsible for its maintenance, and is eligible for the various rebates (such as state and federal tax credits) that come with solar installation.

As a homeowner, you get to enjoy all of the benefits of the solar installation, and your home will be majorly powered by the system installed, reducing your dependency on the grid. As a result, your monthly utility payments will be significantly lower, although you will be subject to the monthly leasing payment to the solar developer.

What are the Terms and Conditions of Solar Leasing?

Through your research, you will find that the terms and conditions of solar leases vary slightly, although the premise is essentially the same. Most solar leases run for a period of between 20 and 25 years, which is the current average lifespan of solar panels before they need to be replaced.

Because you don’t own the system, you won’t be responsible for maintenance payments or repairs. The developer is responsible for managing your solar system and will be on hand to conduct any repairs where necessary.

Most solar leasing payments increase year on year, somewhere in the region of 1% and 5%, reflecting the increase in electricity cost. If you try and sell your home, you can arrange for the solar leasing contract to be transferred to the new homeowners.

The Pros and Cons of Leasing Solar Panels

Solar panel leasing is an effective way of converting your home to solar energy without having to pay the upfront costs associated with solar installation. This makes solar energy more widely available to homeowners, particularly those with lower incomes. To help you decide upon whether solar leasing is a smart move for you, we’ve compiled a list of pros and cons below:

Leasing vs Buying a Solar System: How do they Compare?

In the US, the national average of purchasing a solar system is $20,424 after the federal tax credit has been taken into account. This one-off payment covers the full installation of your home solar system, and means you own the system outright and aren’t subject to any future payments.

Although the terms of solar leases can vary from company to company (and state to state), you can expect to pay anywhere between $50 and $250 per month, for a period of 20-25 years.

So, assuming that you take out a twenty year solar lease that ties you to monthly repayments of $150 in year one (which is then subject to a 2.5% annual increase each year), you may end up paying $45,908 over a twenty year period, for a solar system that is actually worth $20,424 if you were to find the money to pay for it up front. That is more than double the average up-front price of installing a solar system at your property.

While the decision about whether to opt for solar leasing is entirely yours, the fact that you may end up paying double for your system without ever owning it, might make you think twice about jumping into a leasing agreement. 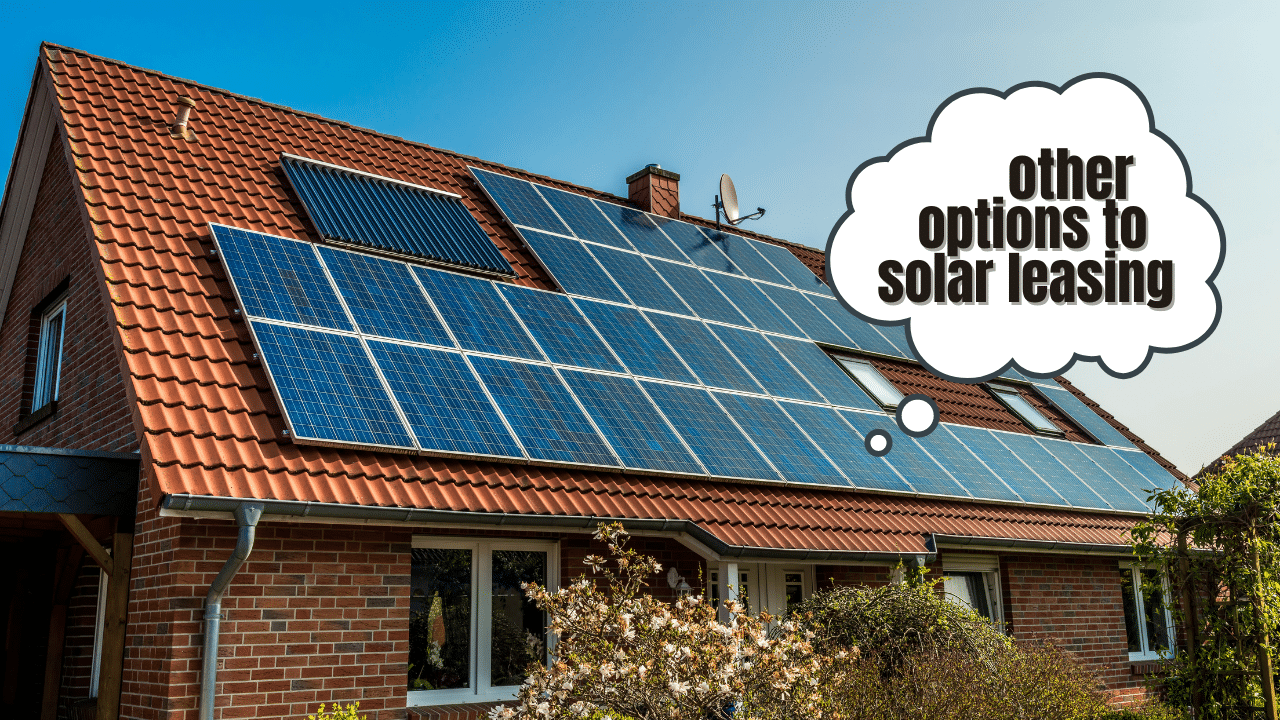 Is there a Better Alternative to Solar Leasing?

For some people, solar leasing presents a viable opportunity to install solar panels at their homes without investing a significant amount of capital upfront. But while solar leasing is probably a better solution in the short term, the fact that you’re subject to substantial monthly payments for a 20-25-year period is less than ideal, and you will end up paying more for the system in the long term. So, what are the alternatives to solar leasing?

The most obvious alternative to leasing a solar system is to buy the system outright. But according to Energy Sage, the average cost of a solar system is $20,474, after the 26% federal tax credit has been taken into account. Needless to say, not every American family has $20,000 sitting around to invest in a solar system. But paying for your solar system in full ensures you own it and can reap the long-term benefits, most of which are lost when you lease a system instead.

Apply for a Solar Loan

Solar loans operate similarly to home equity loans and enable you to borrow the required capital to cover the cost of solar installation. Like all loans, you then make monthly repayments until it is paid off. But the advantage of a solar loan, as opposed to a solar lease, is that a loan ensures you own the system outright, and you can apply for all tax credits and incentives and aren’t locked into a 20-25-year contract. (Related: Everything You Need To Know About Federal And State Solar Tax Credits In 2021)

According to Nerd Wallet’s solar loan calculator, If you were to borrow $21,000 to finance the upfront installation of a solar system at your home, you could potentially pay it back over sixty months at a rate of 10% APR, which equates to monthly payments of $446.19. Over the course of the sixty months, you would end up paying interest of $5,771.40, which brings your total repayment to $26,771.40. While this is certainly more than the average cost of solar installation if you have the money available, it’s still considerably less than solar leasing, and you will have completed your monthly payments after five years instead of twenty.

This helpful article from Investopedia brings together six of the best solar loans that are available to homeowners across the United States, and is a great place to begin your research.

Is a solar lease good?

This is really down to your personal circumstances. While some people like the idea of avoiding the upfront costs of solar installations, others balk at the idea of a 20-25-year leasing contract. Make sure you weigh up the pros and cons of a leasing agreement before agreeing to it.

How do I apply for a solar lease?

If you’ve decided to apply for a solar lease, you should approach a solar company operating within your state to inquire about your options. One such company is Sun Run, and they work throughout the US.

Can I apply for tax credits if I take out a solar lease?

No. As mentioned, the owner and operator of the solar system is the one who is eligible for both federal and state tax credits, so if you lease a solar system, you cannot apply for the various credits and available incentives.

Is it possible to get out of a solar lease early?

In most instances, it’s not easy to get out of a solar lease early without legal action. Some leases include buy-out clauses, but these tend to be expensive. The bottom line is that you should only take out a solar lease if you’re confident that it’s the best option available to you and your situation.

The Verdict: Should I apply for a Solar Lease?

The ball’s very much in your court when it comes to whether or not you should apply for a solar lease. It’s undoubtedly a reasonable option for those looking to install a solar system without having to pay the upfront costs that often exceed $20,000.

But that being said, there are several drawbacks associated with solar leases, such as the 20-25-year contract, the substantial monthly repayments, and the fact that you never actually own the system.

If you can’t afford a solar system but are keen to make the switch to green energy, it’s a good idea to research the availability of solar loans in your area before signing up for a solar lease. This way, you will be eligible for both federal and state credits and at least own your system outright.