One of the most popular home security systems today is SimpliSafe. So if you're browsing different products to secure your home – you probably came across this smart home security tool.

But the thing with owning home security devices is that you'll need to ensure it is 24/7 powered. Most devices cannot protect your home adequately if there is no power supply. Fortunately, SimpliSafe made it easy for homeowners to switch between a battery-powered operation and a hardwired power supply.

What better way to keep your home protected around the clock, right? Let's get down to business as we look closely at SimpliSafe devices and their battery life.

What is SimpliSafe Security System? 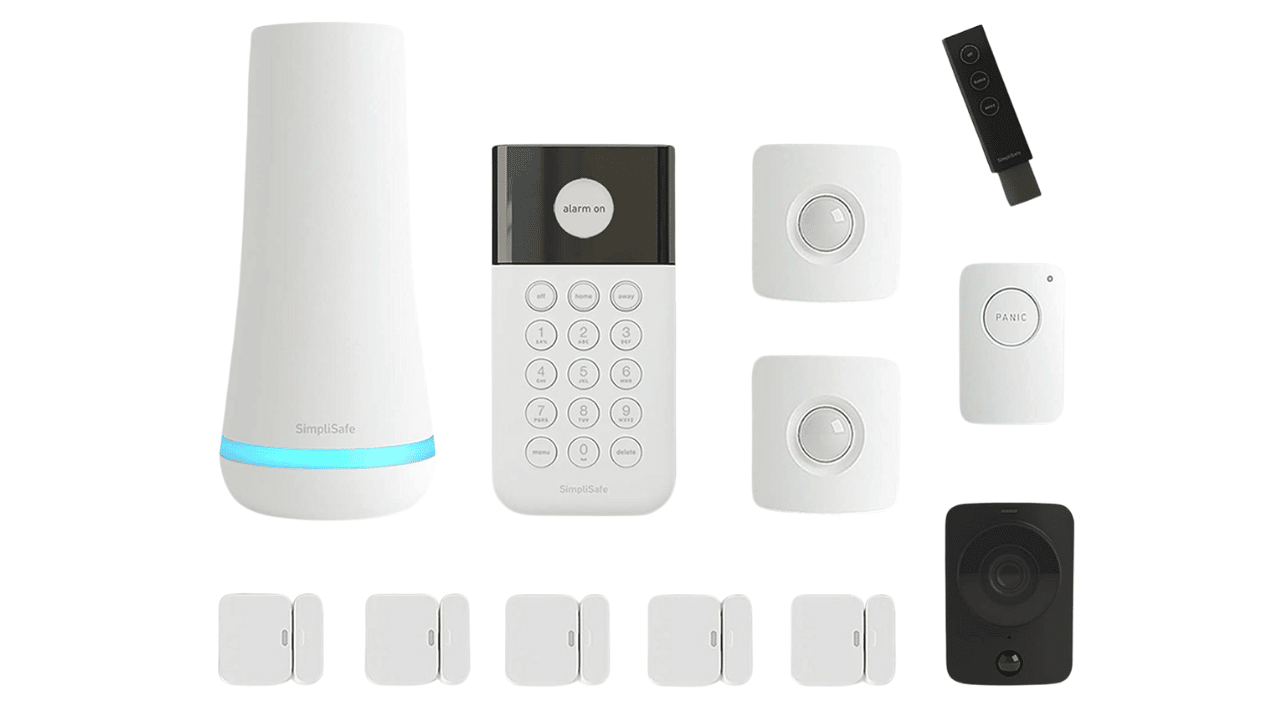 SimpliSafe has one goal, and that is to always to keep your home protected. There are two models of their security system today: the original Simplisafe and modern Simplisafe devices with up-to-date and enhanced security features. (Related: SimpliSafe vs. Ring: Which Home Security System is Best Suited for Your Needs?)

Additionally, Simplisafe offers home security systems at an affordable price. That means there are no contracts and hidden installation fees. Besides the SimpliSafe base station and SimpliCam, other devices will need regular battery replacement. That leads us to the question, how long do SimpliSafe outdoor camera batteries last?

How Long Do SimpliSafe Batteries Last?

According to SimpliSafe, the SimpliSafe camera battery life can run up to 24 hours. But, the battery life will depend on the system version and component type. Refer to the table below for a quick rundown.

Remember that the SimpliSafe outdoor camera battery life will depend on how frequently you use the device and your property's location. If you notice any problems with your current batteries, we recommend contacting SimpliSafe's customer service as soon as possible to request new ones.

Another essential thing to consider is that the Gen 3 SimpliSafe Key Fobs' batteries cannot be changed. You will need to contact their customer service if you need to change the battery. Avoid using non-rechargeable batteries to swap out the ones in the Base Station, as the batteries could leak. Those who need new batteries for their carbon monoxide detector can be sent new ones without cost. Just contact SimpliSafe's customer service team.

Most operating SimpliSafe systems have rechargeable batteries lasting up to 24 hours. Some devices can be recharged often, so you can use these for a lengthy period (for long years). This helps you save on the additional costs of regular battery replacement.

Here's a quick summary of the average SimpliSafe outdoor camera battery life for your convenience.

When and How to Change Simplisafe Batteries?

Like other battery-powered home security cameras, you will need to swap the battery in your Simplisafe devices. How will you know when it needs changing? Keep an eye out for an error warning in the keypad. To reiterate, the Simplicam doesn't need a battery; it can only be used with a power source.

Meanwhile, the Base station also requires a rechargeable battery, so you do not need to replace it. Here's how you can change the batteries in your various Simplisafe devices:

How can I change SimpliSafe batteries?

Most of the sensors offered by SimpliSafe feature slide-away backs that are simple to remove, making it easy to change the battery. You don't have to take the central unit out of any wall mounts to remove it. Additionally, you may turn the smoke detector's circular base to replace the battery. Here, the water sensor and siren stand out. Unfortunately, to detach them from their base and access the battery, screws must be removed.

How often should I change SimpliSafe batteries?

Every product from SimpliSafe has its battery life expectancy. All burglary sensors, except the entry sensor, have three to five years. Entry sensors can last up to ten years. Hazard sensors can also last the same three-to-five-year lifespan. The ones with the shortest expectancy are the siren, door lock, and keypad, which only last for a year. Each accessory's battery life mainly depends on how it is used. The fact that the lifetimes differ by two years shouldn't stop you from using any sensor, though.

What kind of batteries does SimpliSafe use?

Either CR (watch batteries) or AA batteries can power the entire line of SimpliSafe accessories. You must figure out which specific version of each your particular device requires. For instance, AA batteries are required for the keypad, siren, door lock, and CO detector. The remaining sensors need a CR battery.

What happens when a SimpliSafe battery runs out of power?

What are the Different Types of Security Lighting? Home Safety 101

What are the Different Types of Security Lighting? Home Safety 101
Load More