You're probably familiar with the concept of security systems with laser beams if you're a fan of spy or heist films (Get Smart, Ocean's 11, you get the gist). The famous red lines on these security system laser beams are rarely visible in the real world. Many of them prove to be undetectable to the naked eye.

However, they don't operate as represented in films. Lasers are used in security alarm systems to ensure home security that is challenging for intruders (and ill-wishers) to get past. Depending on the alarm system you install, the intruder might not be aware that he has set off an alarm– giving the police additional time to apprehend them.

But how do you choose the best security system for your home when so many options are available today? It might be challenging to weigh your options and take all the necessary considerations simultaneously.

So, let's take a closer look at laser grid security systems and determine whether or not they are the ideal choice for your family's safety.

What is a Laser Security System? 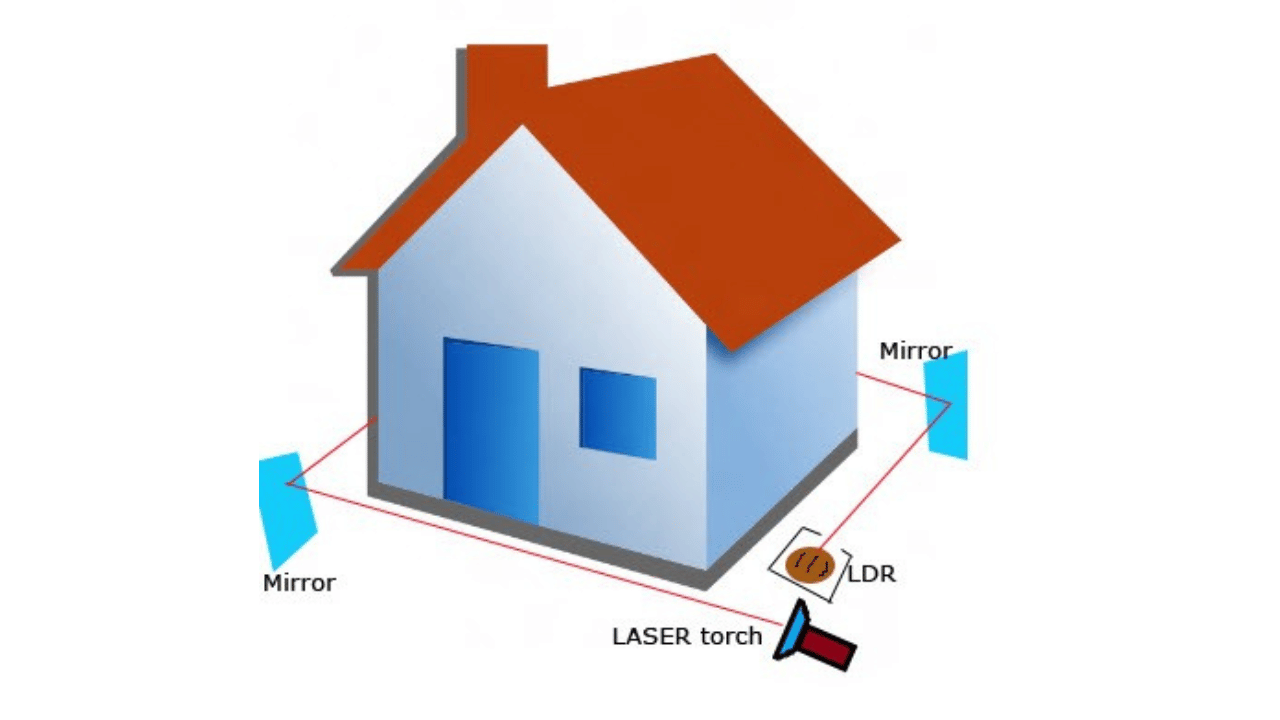 Laser grid security systems use several lasers to establish a sensor alarm circuit to protect your family. This comprises several laser beams, detectors, and mirrors to keep your home safe. Although property crime has decreased by more than 6%, according to the FBI, it is still wise to safeguard what we value, right?

Because they produce a concentrated beam of light (like a laser pointer), lasers are distinct from other forms of light– which tend to disperse their light.

The laser beams will bounce off from one spot and several mirrors before being focused on the detector. It will immediately transmit an alert if something blocks it in the middle of it as it travels toward the sensor. There are numerous possible responses from the warning system when it is activated:

Even if installing a security system can be quite an investment, the average cost of a burglary in 2019 was $2,661 per victim, according to data from US News. Not to mention the potential psychological effects (trauma) it entails.

There are three essential parts to a laser security system:

Note that lasers don't need to be incredibly powerful to function as a security system for your home. In essence, they only need to produce a beam that will be broken whenever an intruder is detected.

There are several advantages to using a laser grid security system. For instance, you can rely on it to keep your family safer and better prepared for anything coming your way at night or while you're away from home.

Note that this doesn't mean you get to assemble everything and get everything up and running yourself. Instead, you can select your desired components and fully personalize your system. (Related: DIY vs. Professional Home Security System: Which is the Better Choice?)

This is fantastic since your residential laser grid security system won't be a generic, one-size-fits-all solution. You'll have complete freedom to get the system exactly how you need it. Your system won't be exactly like anyone else's or your neighbor's, making it harder for an intruder to figure it out and take advantage of it.

Since a laser beam will likely reach further than you expect, you won't need to worry about how you can better secure your home. A single beam can travel far and wide since it might bounce and reflect numerous times within that distance.

Another advantage is that you'll only deal with a fair amount of upfront costs. There's no need to worry about shelling out a sizable sum of money to install a laser grid security system for your home. As you include additional components, the cost of the system may also start to increase.

There aren't many drawbacks to installing a home laser security system. But for some people, these might be more significant issues that should be considered carefully.

1. Lasers can be Visible

Each of the cameras, boxes, reflectors and other items that must be set up will probably be quickly visible to someone looking to cause problems or break into your property. That implies that they might be quickly aware of the security system's presence as well as the locations of each unit.

Upgrades for this kind of security system can be pretty costly. Yes, you won't need to worry about the upfront costs... But if you want a more advanced system, you will need to pay more. This implies that you can spend more than you anticipated or within the budget range you had initially hoped for. A laser security system will undoubtedly be of high quality, but it is best to determine if it is what you require.

Should You Get a Laser Security System?

You might think about purchasing a residential laser-incorporated security system for any of the following reasons:

Depending on your preference, an infrared motion detector and laser system can be just as helpful. They are both cost-effective and simple to install. However, more security system companies sell motion detection technology than laser technology.

A laser grid security system can be a worthwhile investment if you want to ensure the highest level of protection, safety, and security. After all, your family's security must be your top priority. (Related: Home Security: Best Tips to Keep Your New Home Safe, Secure, and Sound)

What are the Different Types of Security Lighting? Home Safety 101

What are the Different Types of Security Lighting? Home Safety 101
Load More