7 Different Types of Mosquito Repellent: Is It Effective or Not?

Did you know that you could encounter the most deadly insect in the world in your backyard?

Yes, mosquitoes, which are considered the deadliest insect on Earth, is a common problem in the Sunshine State. We get to enjoy our Florida sun and temperate weather but unfortunately, mosquitoes thrive in this type of climate.

No one wants to spend their time outdoors when mosquitoes are swarming around them. To prevent this from happening, there are different types of mosquito repellent you can find on the market - but do all of these work?

Here’s a guide to help you determine which of these 7 mosquito repellents are effective and which one will work best for you based on its pros and cons.

Another chemical used in mosquito repellent products is Picaridin. Unlike DEET, which has been around for a long time, Picaridin-based products only arrived in the United States in 2005. But this chemical was created in the 1980s by Bayer and it was developed from the extract of the plant genus Piper. This plant also produces table pepper but it doesn’t mean that Picaridin is a natural compound.

Products containing Picaridin are EFFECTIVE at repelling mosquitoes. Even if it contains a low percentage of Picaridin, it can offer long protection time. Some people are still wary of this chemical since it is relatively new, unlike DEET, which has been around for decades and has multiple studies about it. 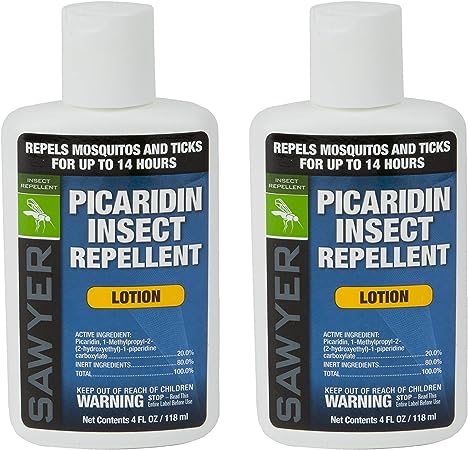 This insect repellent is effective at repelling different kinds of insects such as mosquitoes. It can be used on the skin and clothing and produces a low citrus odor. It won’t damage synthetic coatings or plastic. 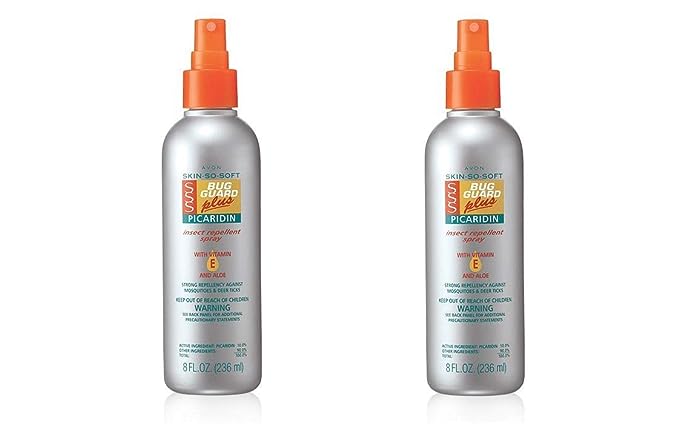 This bug spray contains Picaridin, a chemical that produces low odor. It is also oil-free, which gives a light and clean feel when applied on the skin.

If you’ve heard about sonic repellents, you might think that you can finally get rid of your bug sprays or stop applying synthetic insect repellents. By generating high-frequency ultrasonic buzz, this device is said to repel mosquitoes. These ultrasonic sound waves imitate the sonar signals of bats or dragonflies, which will scare off these pesky insects. Other devices produce an ultrasonic sound that imitates the flight sound of males, which will repel female mosquitoes as they want to avoid the males one after mating.

Unfortunately, ultrasonic mosquito repellents are NOT EFFECTIVE. According to the American Mosquito Control Association, there were 10 studies conducted on sonic repellents since 1998 and all the results showed that these ultrasonic sounds don’t have an effect on mosquito behavior. A recent study conducted by the Cochrane Infectious Diseases Group also generated the same results. They tried an ultrasonic mosquito repellent on Malaria-carrying mosquitoes and it did not stop them from biting people.

Aside from studies directly addressing the devices, there are also ones that disagree with the reasoning of how ultrasonic mosquito repellents work. For one, there is no evidence that female mosquitoes avoid male ones after mating. Studies have also shown that females aren’t as sensitive to sound as males. A Rutgers entomologist also shared that mosquitoes can be found in an area hunted by dragonflies and do not leave. This means they aren’t scared of dragonfly or bat sounds.

The same goes for smartphone apps. It would be great if you can download an app and it turns your phone into a mosquito repellent by producing a sound that only mosquitoes can hear but hate. Unfortunately, it also doesn’t work.

If you don’t like using synthetic insect repellents, you can use mosquito netting instead of wasting your time on these devices. It’s not expensive and prevents mosquitoes from biting you.

Guide: The World’s Most Frequently Asked Questions on Mosquitoes - Answered!

How? Fortunately, there are natural ingredients that mosquitoes hate. That’s why natural mosquito repellents are EFFECTIVE but it depends on the location and situation since it won’t be as strong as DEET or Picardin and only offer protection for a short period.

To properly use this repellent, you will need to apply it frequently or use it if you’re just going to be outside for less than an hour. But if you’re visiting a place or country which is known for having mosquitoes carrying any disease, it’s best to use DEET-based products.

If it’s safe for babies, it’s safe for you. This natural DEET free insect repellent is made out of natural essential aromatic oils that are pungent to mosquitoes but smells great for people.

A DEET-free plant-based insect spray that is made from botanical essential oils. It’s an effective repellent that has been proven and field-tested. Some studies claim that it is as effective as some DEET-based products.

Create Your Own:  How To Make A Natural Mosquito Repellent

You may have heard of clip-on fans, especially if you don’t like applying mosquito repellent, with chemicals or none, on your skin. One popular clip-on fan is the Off! Clip-On repellent. This device is attached to the waistband and then uses a fan to circulate the chemical metofluthrin around you to repel mosquitoes.

But clip-on fans are NOT EFFECTIVE. Well, for now since there are not enough studies to prove that it works at repelling mosquitoes, especially those that carry diseases. If it does work, it offers less protection than other effective repellents and won’t be able to repel huge swarms of mosquitoes. I assume it would also have a hard time functioning during a windy day.

There are also some health concerns about this device. According to the United States Environmental Protection Agency (EPA), the chemical metofluthrin is a neurotoxin and a potential carcinogen.

Citronella is a popular ingredient used in natural mosquito repellent. This ingredient is an oil that is used to repel mosquitoes and other insects, and according to the National Pesticide Information Center, this oil is distilled from two types of grass. Citronella works at repelling mosquitoes because it masks our scent, which is attractive to mosquitoes. It is also approved by EPA as safe for the environment and for people to use. Mosquitoes do hate citronella but does that mean candles made of citronella can effectively repel them?

Citronella candles are NOT EFFECTIVE. According to the president of Hoffer Pest Eric Hoffer, citronella oil can repel mosquitoes but if used in a candle, it won’t be very effective. Most candles contain 5% or less of concentrated citronella. At best, it can offer protection for two hours or less, especially since the oils quickly evaporate. Even the United States Center for Disease Control and Prevention does not include products containing citronella on its list of recommended mosquito repellents.

So if you are planning to go to a location or country which is known to have mosquitoes that carry diseases, do not use citronella-based repellents. 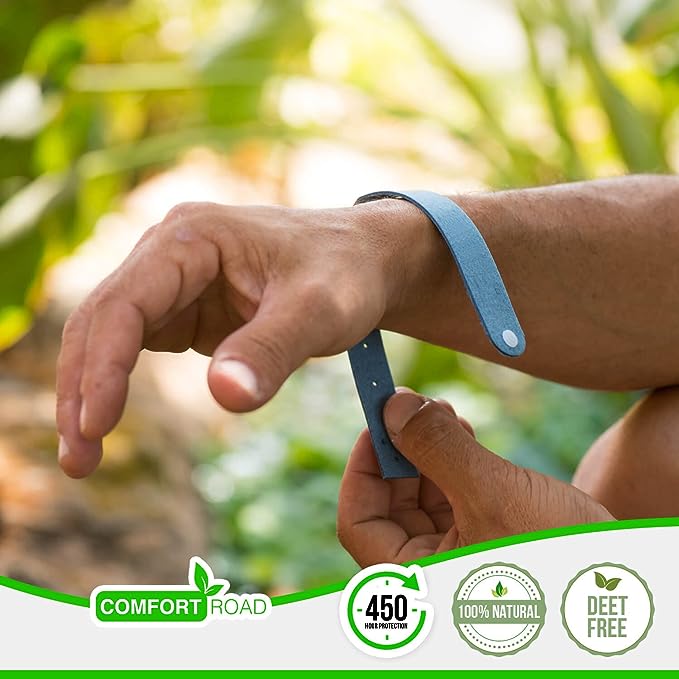 Another device that repels mosquito is a mosquito repellent wristband. It is another alternative for those people who don’t like slathering chemical or natural insect repellent on their skin. It is inexpensive and easy to use as you can just wear them on your wrist, similar to putting on jewelry. After using it, you can take it off and you don’t have to clean it. It’s also not sticky or greasy on the skin, so no wonder a lot of people like using it.

It also has low side-effects on our health since it is chemical-free. Most wristbands use 100% natural plant oils which mosquitoes hate. It can repel mosquitoes but wristbands are still NOT EFFECTIVE.

Why? First, it doesn’t offer full protection. Your wrist will be protected but what about your ankles? These products also don’t last long. If you use this, you will probably resort to applying bug spray or lotion after around 15 minutes. There are even some studies that claim they don’t work at all.

One of the most popular ways for people to prevent mosquitoes from feasting on them is by applying products containing the chemical N,N-diethyl-m-toluamide, N,N-diethyl-3-methylbenzamide, or DEET.

This chemical was created in the 1940s by the United States Army during World War II. A decade later, it was registered as a pesticide and became available to consumers.

DEET is considered as the best and MOST EFFECTIVE repellent since this synthetic product works longer than other natural repellents. It can even repel fleas, ticks, flies, gnats, chiggers, midges, and no-see-ums. This chemical cannot kill mosquitoes but it masks your smell so they have a hard time finding you.

Products containing DEET can range from liquids, lotions, sprays, and impregnated items such as nets, towelettes, roll on devices, and wristbands.

Perfect for outdoor enthusiasts who need extreme coverage during their activities. You can now spend a long time outdoors and not worry about mosquitoes feasting on you.

This is an effective barrier against mosquitoes which was military-tested and created with a proven formula. It is slow to evaporate and is splash- and sweat-resistant.

You may want to read:  6 Mosquito Control Devices That Work