If you go to turn on your heat only to realize that your system isn’t working, it’s a worrying time. Not only will your house be cold, but you will potentially face a costly repair bill to troubleshoot and then rectify the issue.

With this in mind, what are some of the reasons that your heat might not be working? And how much can you reasonably expect to pay for repairs? Let’s dive in and take a look.

Six Reasons Why Your Heat is Not Working

For your heating system to work efficiently and effectively, it’s so important to maintain and service it regularly. If you have spent a long time without maintaining, cleaning, or servicing your heating system, it’s little surprise that it doesn’t work as it should. 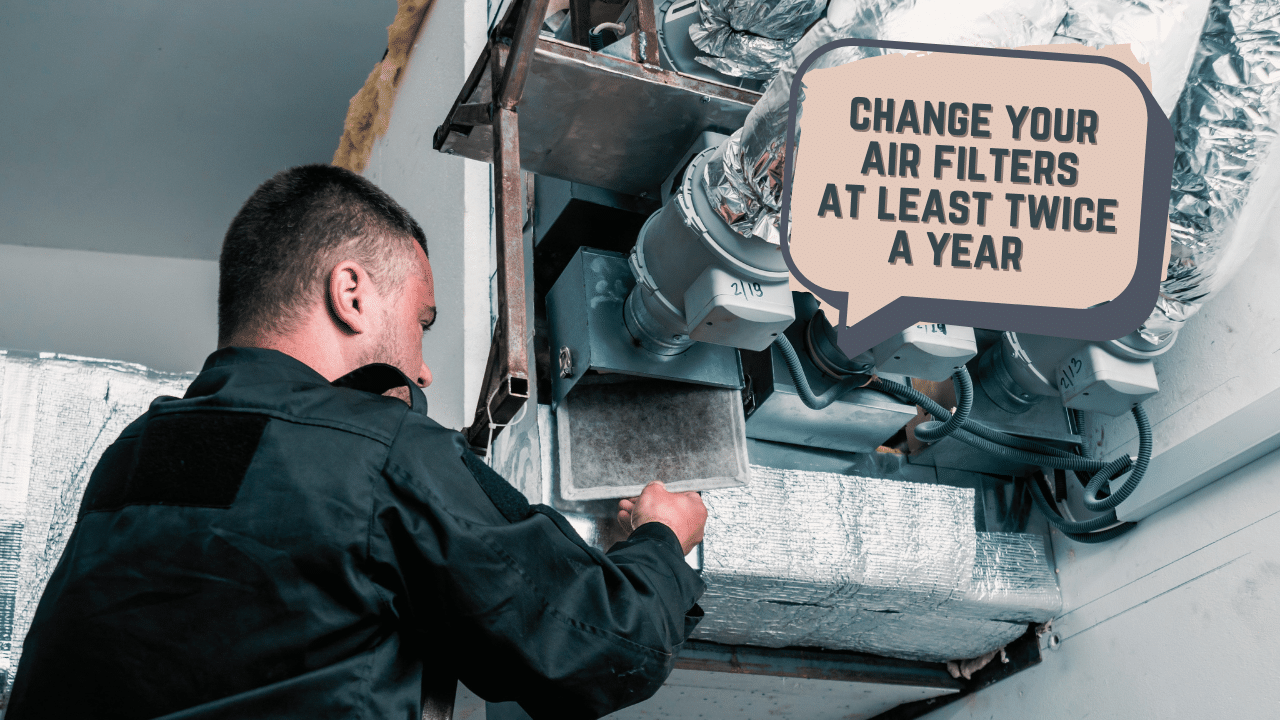 Here are some of the reasons why a poorly maintained heating system might not be working:

Ultimately, a poorly maintained heating system is so often the root cause of your issues. Fortunately, the solution is straightforward. We’d advise you to check and replace the air filters a few times a year and clean out the system before the winter months kick in.

It’s also a good idea to pay for your system to be professionally cleaned and serviced once every year, so you can rest assured that your heating system will work as and when you need it.

In some cases, the reason that your heating system isn’t working might be a direct result of the way it has been installed. This is often a problem for people who have installed the system themselves or might result from shoddy work from building firms who have worked on your behalf.

The primary determinant of a heating system that has been inexpertly installed is the configuration of the ductwork. If your system doesn’t have correctly sized and installed ductwork, it cannot possibly operate at the desired level of efficiency.

And while an inexpertly installed heating system might work in the short term, it will almost certainly break down in the future. If you call in an engineer to take a look at your system, and they advise you that the system has inadequate ductwork, the best thing to do is to repair or replace it as soon as you can to prevent the system from breaking down completely. 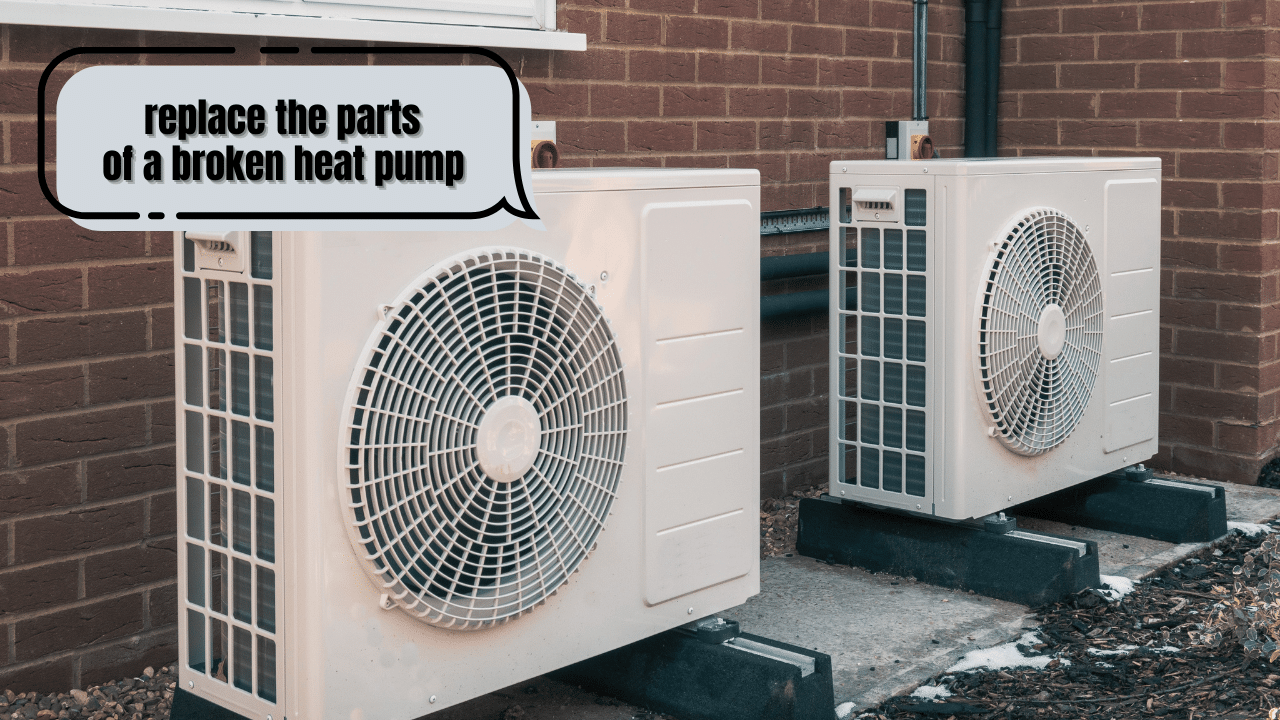 Naturally, one of the most integral aspects of a heating system is the heat pump itself. If the pump isn’t working, you will be able to tell right away as your system won’t kick in as it should. Equally, you might hear a whirring sound from within the system that indicates that the heat pump is about to go.

In most instances, you can replace the component parts of a broken heat pump, particularly if the issue stems from dead starting components, which is one of the most common issues that occur within the pumps themselves. However, if your system is particularly old and your pump is working inefficiently, it might be time to replace it.

While you have no choice but to fix a broken heat pump, performing regular maintenance throughout the year will reduce the risk of the pump breaking in the first place. It’s a good idea to think of your heating system as being like a car – if you don’t service and maintain its core components, it will break down!

Following on from the last point, if there’s an issue with your heat pump, it might be due to the fact that it has inadequate refrigerant. Refrigerant levels within a heat pump are directly tied to the heat strips, and if your refrigerant is too low, the strips will kick on more frequently than you would like.

When this happens, your heating bills will skyrocket, as the pump has to work harder and more frequently to heat your home. It can also cause your compressor to overheat, and it will eventually break down.

Heat pumps in older homes are typically installed with inefficient refrigerant that doesn’t last as long as that within newer models. Newer refrigerant (R-410A) is much more efficient and is less likely to leak and lead to a breakdown of your system. This type of refrigerant is also much better for the environment.

So, while inadequate refrigerant might not cause your system to stop working completely, it will mean that your heat pump is much less efficient and costlier to run. Repairing or replacing the refrigerant within a heat pump is a job for the professionals.

Within your heating system is a device known as a draft inducer. Its primary role is to clear the heat exchanger of leftover has from previous cycles and to vent all gas that is produced when the furnace combusts. When the draft inducer is faulty, it will have to work much harder to function, which will eventually cause it to burn out.

There are several reasons why your draft inducer might be faulty, but it often stems from the fact that dirt and debris have been allowed to accumulate for too long. Sometimes, a simple clean will solve the issue with your draft inducer, but other times, it will need to be replaced.

And with this – you’re probably noticing a pattern! The more you leave dust, dirt, and debris to accumulate within your heating system, the more likely it is to become broken or damaged.

One of the key components of any home heating system is the heat exchanger within. (Related: What Is A Heat Exchanger In A Furnace?) And a common issue with heat exchangers is that they may well crack, particularly if the system is old and poorly maintained.

And while a damaged heat exchanger might not immediately render your system ineffective, it will have the following negative effects:

If your heating system has a damaged heat exchanger, it’s so important to replace it right away.

How Much Does It Cost to Repair a Damaged Heating System?

According to Home Advisor, it typically costs homeowners between $131 and $485 to repair a damaged heating system, but it can be considerably more (or less) depending on what needs to be replaced.

Relative to the common issues that we’ve introduced above, below is how much you can expect to pay to make the necessary repairs:

The cost of repairing your heating system will be influenced by various factors, including the cost of labor in your region, as well as the overall condition of your heating system, and the extent of the work that is required. You can expect to pay anywhere between $50 - $150 per hour for heating repair costs.

For best results, we would advise you to have your home heating serviced and cleaned once every year, which is likely to cost between $250 and $500, which you should account for in your annual budget.

As we’ve explained throughout, regularly cleaning and maintaining your heating system will reduce the likelihood of your system breaking down or becoming damaged, so it’s well worth investing in an annual service to ensure it is operating efficiently.

The most important takeaway from this article is that a broken heating system is most likely to be caused by a system that has been poorly maintained. As such, it’s so important that you schedule service once a year in order to improve the efficiency of your system and to ensure it works at full capacity.

Clone of Low-E Windows vs. Clear Glass Windows: Which One Should You Get?

Clone of Low-E Windows vs. Clear Glass Windows: Which One Should You Get?

4 Different Types of HVAC System: Here’s Everything You Need To Know

4 Different Types of HVAC System: Here’s Everything You Need To Know

Best Ways To Cut Vinyl Flooring & What Tools To Use

Best Ways To Cut Vinyl Flooring & What Tools To Use

What Is Forced Air Heating? Here’s Everything You Need To Know

What Is Forced Air Heating? Here’s Everything You Need To Know